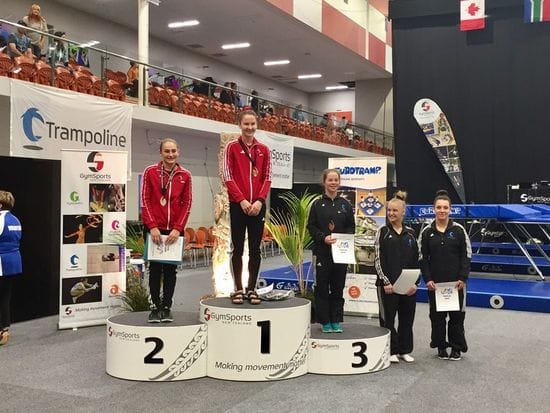 Alexandra Jubenville from Winstars Gymnastics tumbled to a silver medal at the 2016 Indo Pacific Championships in Napier, New Zealand. Belle River's Jubenville, 19, competed in the 17+ tumbling category as a representative of Team Canada. Qualifications to this international competition were held at the National Championships which took place in May in Edmonton, AB.

Jubenville finishes this year on a high note in New Zealand after coming home from Portugal in July with a team GOLD. Winstars coach, Rob Laudenbach, states "Alex had some clean passes during her competition. It's always a challenge for athletes travelling this far and adapting to the conditions, especially the jet lag."